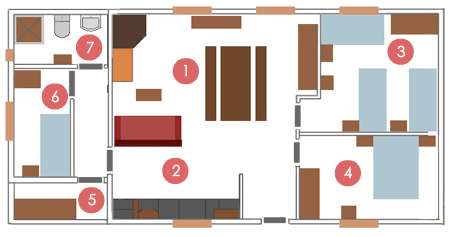 You will find all other amenities in the village of Sant LLorenç de Morunys, less than 3 kilometers away, and in the city of Solsona where you will find shops, a chemist, a petrol station, medical services, restaurants, museum, church.

Our great-grandparents, Miquel Selga and Ventura Pons, moved into the old Cal Saragossa house in 1892. The new house at Cal Saragossa's was built in 1916 when their son Josep Selga Pujol married Maria Pey Xandri. The paternal grandparents moved from the old house into the new house with the young couple and the old house was then converted into a sty with a porch. Where there is now a newly renovated house there once stood a hut used by the grandparents to keep their tools for farming and herding. There was also a natural water source for the animals and plants.

Josep and Maria had three daughters, Maria, Nati and Angels, and a son, Joan. At that time they lived without electricity and travelled by donkey to fetch water from the spring, la font Fresca, where you can still find drinkable water. They had rabbits, chickens, goats, two pigs and two donkeys. They farmed the land without the help of machinery: the traditional farming equipment that they used is still kept in the old house. They gathered vegetables from the fields for themselves and they used the wheat to make bread, cookies and cakes. The old oven can still be found in the old house.

They lived through the Spanish Civil War at Cal Saragossa. In 1939, grandfather Josep fled to France for several months, as he was afraid Franco's national troupes would catch him. After the war, in 1942, the bandit Massana and the makis crossed this area and sacked some of the surrounding houses.

The family lived in Cal Saragossa until 1953. Mountain life was very harsh. It was almost impossible to stay there with only two men in the family, which is why they had to leave. 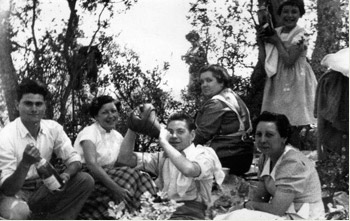 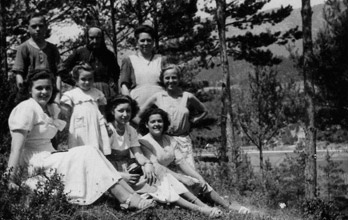 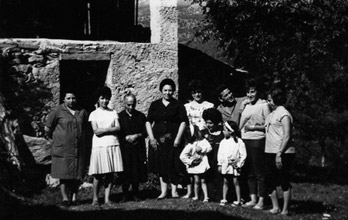